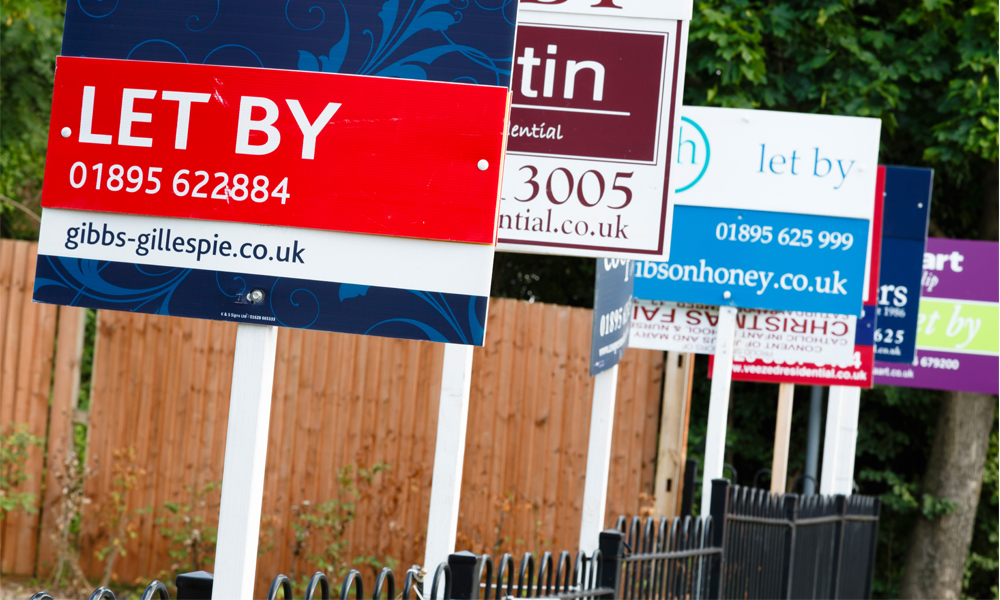 The battle between online and high street agents has been raging on for some time, however national media coverage in recent weeks has seen the debate intensify. On 31st July an article released by the Guardian suggested that one in five estate agents are at risk of going out of business because of online competition – is this really the case?

Just four days prior to the Guardian article, The Telegraph reported that Countrywide and Foxtons profits have plummeted amid ‘unprecedented’ economic and political uncertainty, the latter by 64% with revenues reportedly down by 15% for the first half of 2017. Given this recent negativity, some traditionalists could be forgiven for accepting the picture being painted and starting to fear for the future of the high street agent.

However, before online agents could begin to smirk at their counterparts, they too were dealt a not insignificant blow. Last week, Purplebricks saw share prices slump following a damning report on BBCs ‘Watchdog’ and were forced to apologise for continuing to use an email advertisement that had previously been ruled as misleading by the Advertising Standards Authority (ASA). The email suggested that customers could save an average of £4,158 by using the company, a claim the ASA said could not be backed up with evidence. Purplebricks also faced scrutiny over its deferred payment services and faced allegations over exaggerated sales figures, both caught on camera by the BBC:

There is no doubt that online agents are having an impact on the property industry, but only time will tell as to how far their share will extend. The operational issues facing Purplebricks put forward by the BBC leave some industry insiders wondering if they really can deliver long term and suggest there is some way to go if they are to improve upon their current position.

The Guardian’s article would have us believe that high street agents are being ‘out-skilled’ and are likely to be ‘undercut’ by their online rivals, neglecting the fact that agents have long been succeeding by adapting to all kinds of changes in rules, regulations and trends within the industry. Historically, the high street agent are experts in adapting to change, and the potential of an online shift is just another challenge that they must now take on.

One key flaw with the article is that the data used is taken from the retail sector. Many would suggest a slump in demand for retail space has been on the cards for some time given the way of our world and this movement can be attributed to the likes of Ebay and Amazon, as opposed to having anything to do with online letting agents.

Not as widely reported, but providing reassurance in the face of alleged adversity, LSL Property Services (owners of Your Move, Reeds Rains and Marsh & Parsons), say they do have ‘faith in the high street’ announcing encouraging half year results. Operating profit is up 61% to £14.3m and they have seen 4% growth in lettings revenue, painting a positive picture in sharp contrast to the figures posted by Foxtons and Countrywide. 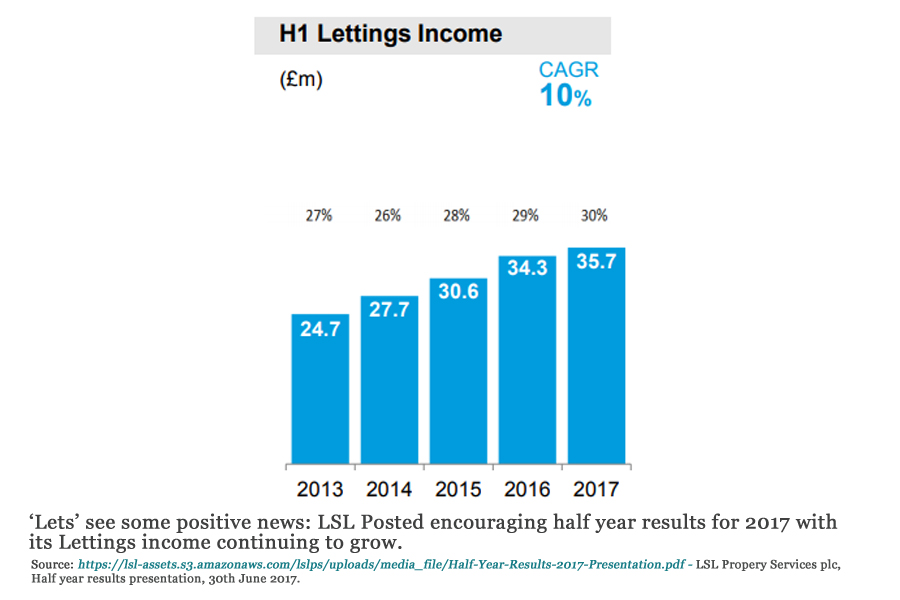 LSL Property Services also reported that they spent the second quarter of 2017 planning and researching new ways of working, highlighting that there is a lesson to be learnt from the debate between online and high street agents: modernisation. We have spoken to industry insiders who indicate that whilst recent press stories are considered scaremongering, the rise in competition should act as a ‘wake up call’ for letting agents to review their existing service offering and as we discussed in our last blog, there are plenty of changes agents can make in order to continue to thrive.

Researchers have found the right amount of competition can be a good thing, however high street agents should use it to hone their focus rather than their anxiety. Amazon CEO, Jeff Bezos explains here why being customer focused rather than competitor focused is key, asking ‘if you’re competitor focused and already the (market) leader, where does your energy come from?’. High street agents currently have a huge market share versus their online counterparts, they also have another huge advantage – people. After all, the property business is a people business.

In conclusion, the ‘fall of the high street agent’ is is not an accurate representation of the lettings market and whilst there is a need for agents to ‘move with the times’ theres no reason why they can’t embrace some of the technological advancements and look at introducing new services which can add value to their customers and as a result, their business.

It is true that high street agents are coming under pressure but the recent negativity in the national media seems unnecessary and misleading. There are still plenty of positives for high street agents  and if they can use the advantages they already have and adapt and embrace new strategies, it is hard to imagine how the skills and knowledge they hold can simply be replaced overnight by their online counterparts.

Spire Landlord Solutions specialises in providing 24/7 Home Emergency Insurance for letting agents. Reduce your phone calls and paperwork, offer value and peace of mind to your landlord clients and keep tenants happy. For further information on our services and how we can add value to your business click here.